As we near the end of the first week back after the festive period, we take a look at what employers can expect in the area of Employment Law in 2022 including, the updated data protection and employment practices guidance expected from the Information Commissioner’s Office, a new duty on employers to prevent sexual harassment, and flexible or hybrid working. 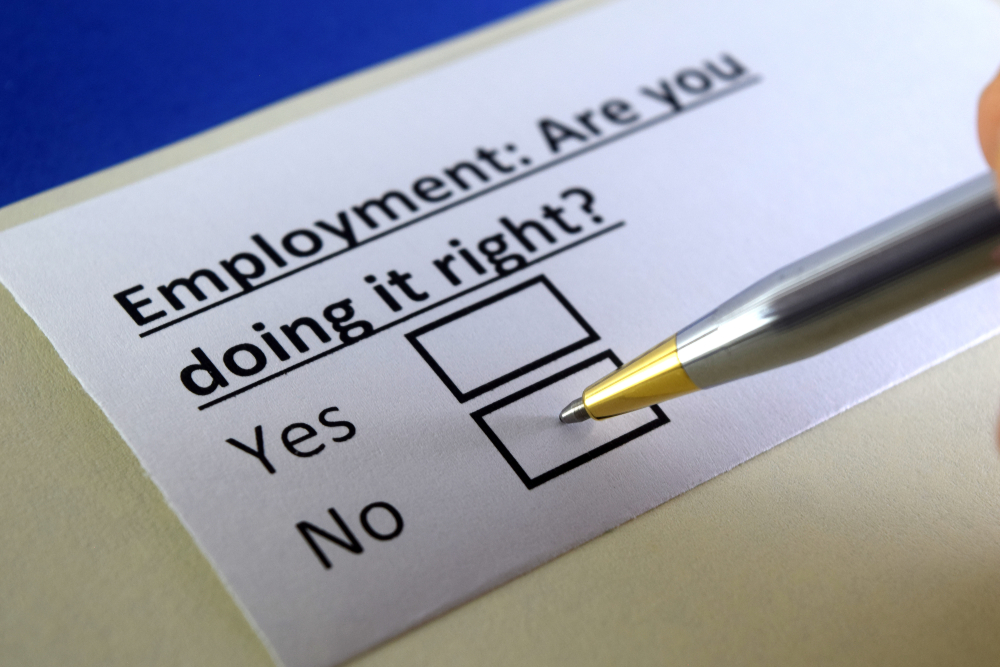 On 24 December 2021, the Home Office and Department for Environment, Food and Rural Affairs (DEFRA) announced the extension of the Seasonal Worker visa route to the end of 2024. The visa route enables foreign workers to come to the UK to work in the horticulture sector for up to six months to pick both edible and ornamental crops. Some changes will be made to the scheme in response to the seasonal workers pilot 2019 review, including the requirement for companies to pay workers a minimum wage to improve conditions. At least 30,000 visas will be available in 2022, but the number of available visas will begin to taper off in 2023. The government will also require the sector to do more to attract UK workers, such as offering training, career options and wage increases.

The pandemic shifted and centralised the issue of flexible working for many employers and workers and, although perhaps temporary, in periods of fewer restrictions many employees returned to offices on a hybrid basis. A government consultation on making flexible working the “default position” ran from September to December 2021 and set out five proposals including making flexible working a day one right. Note that the government’s proposals do not introduce an automatic right for employees to work flexibly. Rather, the proposals include a number of measures to broaden the scope of the right, while retaining the basic system involving a conversation between employer and employee about how to balance work requirements and individual needs, potentially changing the statutory business reasons for refusing a flexible working request. As the consultation closed on 1 December 2021, it is unlikely there will be a response from the government until the latter half of 2022.

Some developing themes which employers may continue to face in 2022 include requests from employees to work flexibly abroad and the impact on wellbeing of continued working from home.  Following research about the significant amount of hidden overtime while working from home during the pandemic, there have also been calls for the government to introduce a “right to disconnect”. This has recently been brought into effect in some European countries and is being discussed by the Scottish Government in relation to their own employees. It was also mentioned in a briefing paper on hybrid working published by the House of Commons Library in November 2021.

On 1 April 2022, following a consultation, regulations come into force which will make vaccination against COVID-19 a requirement for health and social care workers in a face-to-face role.  It remains to be seen how employers in this sector will deal with unvaccinated employees, whether consultation with unvaccinated employees is necessary where there are large-scale dismissals and whether redeployment will be possible. Employers in other sectors, who have a duty to maintain a safe workplace, have been encouraging staff to get vaccinated. Absent further government requirements on mandatory vaccinations, there would be risks for employers who may want to make vaccination a requirement for new or existing staff. The key legal problem will be the risk of potential unfair dismissal, and potential discrimination claims if employees are dismissed for refusing to be vaccinated and the employer is unable to justify dismissal as a proportionate means of achieving a legitimate aim.

By April 2022, the government must review the gender pay gap regulations as they are obliged to do so within five years of the regulations coming into force (regulation 16(3), Equality Act 2010 (Gender Pay Gap Information) Regulations 2017 (SI (2017/172)). The purpose of this review will be to assess the extent to which the reporting requirement achieved the objectives of the regulations, whether the objectives remain appropriate and whether any unnecessary burden is placed on employers.

On 21 July 2021, the government published its response to the 2019 consultation on workplace sexual harassment. The response confirmed a new duty for employers to prevent sexual and third-party harassment, which is likely to include a defence where an employer has taken “all reasonable steps” to prevent the harassment. The government will also consider the proposal to extend the time limits for claims under the Equality Act 2010 but has not yet committed to making any changes. The duty will come into force when Parliamentary time allows.

Several data protection developments are likely to impact employment practitioners in 2022. The Department for Culture, Media and Sport (DCMS) proposed data protection reforms in its consultation which closed on 19 November 2021. The primary objective of the consultation was to seek views on the proposals to reduce the burden data protection places on businesses. In addition, the government sought views on how Article 22 of the UK GDPR should be interpreted in the context of artificial intelligence (AI) in several areas, including where it related to automated decision-making.

We are also expecting to see updated data protection and employment practices guidance in 2022 from the Information Commissioner’s Office (ICO), following a call for views which ran until 28 October 2021. The new guidance will finally replace the ICO’s employment practices code, supplementary guidance and the quick guide, which have not been updated since the Data Protection Act 2018 came into force. The new guidance will cover topics including recruitment and selection, employment records, monitoring of workers, and information about workers’ health.

In 2020, the government announced the launch of an independent review of the Human Rights Act 1998 (HRA 1998), while emphasising its ongoing commitment to the European Convention on Human Rights. The Independent Human Rights Act Review (IHRAR), conducted by an independent panel chaired by Sir Peter Gross, a former Court of Appeal judge, reported back to the government on 29 October 2021. On 14 December 2021, the Ministry of Justice published Human Rights Act Reform: A Modern Bill Of Rights, a consultation on replacing the HRA 1998 with a Bill of Rights. The full report conducted by the IHRAR Panel was also published on 14 December 2021. Whether the right to a jury trial should be recognised in the Bill of Rights and the introduction of a permission stage for human rights claims where claimants must establish they have suffered “significant disadvantage” or that the claim is of “overriding public importance” are key proposals included in the consultation document.

Many of the proposals are regarded as highly controversial. However, it should be recognised that the proposals are simply being consulted on at this stage and therefore whether they are then made into law remains to be seen following the close of the consultation in March 2022.

Long Covid IS a Disability Says the Employment Tribunal

Is Long COVID a Disability Under the Equality Act?

Calls for Menstrual Leave and Better Workplace Support in the UK